Heather Croall to step down as director of Sheffield Doc/Fest

Heather Croall, the chief executive and festival director of Sheffield Doc/Fest is leaving the festival in order to head Adelaide Fringe Festival in Australia. 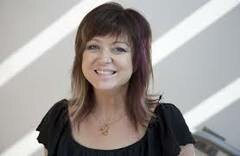 Heather Croall leaves Sheffield Doc/Fest after nine years in the role. Croall will leave the documentary festival in mid-February and return to Australia, where she will take up the position of CEO and festival director of the Adelaide Fringe Festival.

Mark Atkin, director of the festival’s multiplatform strand Crossover, will take over as acting director ahead of the next edition, which runs June 5-10. The search for a full-time successor will begin with immediate effect and is expected to be announced at the festival in June.

Croall joined Sheffield Doc/Fest in 2006 and launched the MeetMarket pitching forum, which now organises around 1000 meetings for 65 projects with international documentary decision makers. She also introduced interactive and archive strands to the festival. Under her directorship the industry delegate numbers have grown from 500 to more than 3200, and public audiences expanded from 2000 to over 26000.

See the pitches from Lisbon Docs

Master of the Universe is best European documentary