In a conference held by EDN today during CPH:DOX, EDN Director Paul Pauwels and Eline Livémont from Vrije Universiteit Brussel announced a long-term committment to researching the development of financing schemes for creative documentaries across Europe. EDN aims to gather facts and data about the status quo of documentary financing in collaboration with several renowned European universities. 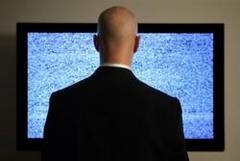 Following the gradual change of financing models for creative documentaries in recent years, the increasing budget cuts for funding bodies and the outlook on an uncertain future in a possible Digital Single Market in Europe, EDN has committed itself to bringing an extensive research effort on the way.

During today's conference at CPH:DOX, Eline Livémont from the Department of Communication Studies at Vrije Universiteit Brussel, presented first research results that compare the financing economy for creative documentaries in Flanders/Belgium and The Netherlands. Although the two countries are close to eachother, share a smiliar language and culture, there are considerable differences in the way creative documentaries are financed and supported. Example: public service broadcasting. VRT in Belgium only grants support for up to eight annual documentary productions thus making most filmmakers depend on other funding sources, whereas the public support for filmmakers in the Netherlands allows the majority of producers (about 90%) to receive contributions from their public broadcasters. Producers in the Netherlands also benefit from more diverse financing options including more film funds and a well organized supporting infrastructure.

Analyzing the financial support for documentaries over time and in different countries will allow for illustrating trends caused by budget cuts, new business models, economical changes and different policies that determine the overall role of documentaries in our society. In order to retrieve relevant data concerning these aspects, the main task will be to look at financial mechanisms supporting creative documentaries on different levels throughout European countries.

Key take-aways of the conference were:

In order to conduct a targeted research, Eline Livémont and Paul Pauwels encouraged the audience, and the documentary sector in general, to support the upcoming efforts by contributing their information and experience on how the financing models have affected their work and what tensions the economy has created for their profession, now and in the past. Documentary filmmakers, funding bodies, broadcasters and a variety of other relevant stakeholders will be involved on a large scale to contribute to a pan-European study on the current state of financing schemes for creative documentaries in Europe.

Eline Livémont is Teaching Assistant and PhD student at the Department of Communication Studies, iMinds - Digital Society, SMIT, Studies on Media, Information & Telecommunication at the Vrije Universiteit Brussel, Belgium. With a PhD study of the public broadcasters’ role in Flanders and the Netherlands, Eline Livémont has taken the first steps towards an analysis of the sector at European level. Eline and EDN today presented these first results and invited the industry to identify the main issues to be discussed at the conference ‘Documentary in a Changed Media Landscape' in 2017.

Search among 600+ events in the DOCalendar

The EDN Financing Guide 2016 is Out

Results From the EDN General Assembly 2015

Docs in Thessaloniki 2016: Call for Submissions